Smoking, Foster Care and the Duty to Protect

Home » About Us » Blogs » Smoking, Foster Care and the Duty to Protect

It was a small thing, really. Just one statement. But as small things often do, it made a difference.

Here’s the back story: In January 2014, a Minnesota legislative committee was reviewing a bill aimed at protecting Minnesota children in foster care from the dangers of secondhand smoke. The bill gave foster care agencies guidance on the process to follow if a foster parent fails to provide a smoke-free environment in the licensed foster home, any enclosed space connected to the home, and any motor vehicle in which the foster child is transported. The bill added a “safe, healthy smoke-free home environment” to several factors an agency must consider in assessing whether a placement is based on a foster child’s best interests. 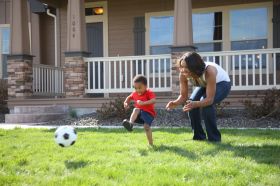 Throughout the legislative session, tobacco control advocates had provided legislators with a robust body of evidence and testimony from foster care providers, former foster care children, social service administrators, and public health professionals — all in support of the bill. Despite this, the bill faced minor opposition from a few legislators. During the hearing, one opponent of the bill alluded to “the Nanny State” – a term often used to deride public health interventions as invasive, paternalistic, and overreaching.

Bill supporters in the audience twitched.

Without missing a beat, Representative Tina Liebling, the bill’s sponsor, pointed out that foster children are wards of the state and that it is the duty of the state to protect the health and well-being of these children. “When it comes to foster care,” she said, “we in government are the ‘Nanny.’”

You could tell from the reaction in the room that Liebling’s statement had an impact. Rather than rebutting the “Nanny” charge, the Representative had embraced it.  And she’d done that by reframing the debate to the state’s legal authority and moral obligation to protect the health, safety and welfare of foster children — a uniquely vulnerable population under its charge.

Nearly 80 percent of the more than 400,000 foster children in the U.S. (including roughly 8,000 in Minnesota) have at least one chronic medical condition, with a large number suffering respiratory problems, such as asthma. And, as this year’s 50th anniversarySurgeon General’s Report on smoking and health makes crystal clear, there is no safe level of secondhand smoke — especially for children whose developing bodies are already suffering from the poor health conditions endemic among foster children. We’re talking about some of the most vulnerable children in the U.S.

The Minnesota bill was long overdue. More than half of all states already have smoke-free foster care policies. Nine Minnesota counties had already passed local smoke-free foster care policies. And at least 90 percent of Minnesotans were already in support of smoke-free foster care. The state tobacco control community had taken years to lay the groundwork for this measure. Many public health partners (including the Minnesota Department of Health, Minnesota Department of Human Services, American Lung Association, ClearWay Minnesota and Association for Nonsmokers – Minnesota) worked tirelessly so the proposed legislation would best meet the needs and address the concerns of local foster care agencies, state and local licensing and regulatory authorities, and county social service organizations. The Public Health Law Center drafted research briefs and educational materials, reviewed legislative language, and served as a sounding board on legal issues as the bill gained steam and made its way to the Legislature.

Which brings us back to the legislative committee in January. The “Nanny” exchange was just one of many defining moments in similar legislative hearings about public health initiatives in states across the country. But as such moments tend to do, it shifted focus beyond the immediate to the larger context, and in so doing reminded us of our collective responsibility as a society and as a government to protect the health of those who need our help the most.