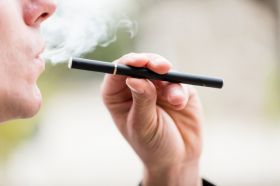 While this proposal is a landmark in federal tobacco regulation, it comes after years of delays and lacks the bold moves to restrict these products that many public health advocates were hoping for. The proposed rule would extend to all products containing tobacco or nicotine derived from tobacco that don’t have a therapeutic purpose, a number of requirements including obligations on manufacturers to register with the FDA and provide lists of products, ingredients, and constituents. The FDA will also begin premarket review of all new tobacco products and regulating claims that any products are less harmful. While all of these requirements are fundamental to comprehensive tobacco product regulation, the FDA proposal would delay the enforcement of many of these provisions for up to two years after the regulation is finalized. In one potentially dangerous delay, the FDA would allow unapproved tobacco products to continue to be soldfor two years or more while the agency slowly processes marketing applications.

In addition to enforcement delays, the FDA proposal fails to address use of candy and fruit flavors to attract and addict youth. Under the Tobacco Control Act, characterizing flavors are already prohibited in cigarettes, with the exception of menthol and tobacco. All other tobacco products – including e-cigarettes and little cigars – continue to include sweet and tart flavors that both appeal to young people and mask the harshness of tobacco. The FDA has the authority to close this regulatory gap to reduce youth cessation, but the proposed regulation is silent on flavors.

Other oversights include the absence of any effort to reign in television advertising or online sales of e-cigarettes. In addition, the proposal declines to establish minimum pack sizes for newly-covered products or to prohibit brand name sponsorship of events.

The FDA proposal would prohibit the sale of the newly-covered products to anyone under 18, as well as vending machine sales (except in adult-only facilities) and free samples.

In addition to restrictions, the proposal includes a number of requirements including four new warning labels for cigars, but only one warning label for all products that aren’t cigars, cigarettes, or smokeless tobacco.

While the scope of the FDA’s proposed regulation is limited, state and local governments still have broad authority to regulate these products. For example, Minnesota lawmakers are close to passing a bill that restricts the use and sale of e-cigarettes. The FDA proposal will complement – not replace – local action.

The public health community’s response to the FDA’s proposal has been largely critical, while the tobacco industry and e-cigarette manufacturers have been largely supportive. While the proposed regulation does indeed fall short of what the FDA has the authority and evidence to do, the agency is now accepting public comments. It is critically important for the public health community to share evidence, observations and expertise to urge the FDA to strengthen and improve the proposal.